BLOG: Street and flea markets to sprout in China?

Facebook Twitter LinkedIn Email Sina weibo QQ QQ Zone WeChat Copy this link
All of a sudden on June 3, WeChat and various Chinese news media became flooded with reports about the possible explosive reincarnation of street/night/flea markets across China – informal commercial venues that Beijing has been regulating for the past few years – and some companies seen as benefiting, such as manufacturers of vans capable of converting into mobile stalls, saw their stock prices spike the same day.

China’s steel market sentiment has been stirred too, with some industry insiders joking that they had finally made sense of the recent surges in ferrous prices, as food stalls will be a must at such markets, and demand for barbecue sticks, made of steel, will skyrocket!

Despite all the uncertainty facing China’s and the world’s economy, Mysteel’s SEADEX 62% Australian Fines had been hovering at its 10-month high since May 29, exceeding the benchmark of $100/dmt CFR Qingdao. Topping the psychological threshold of $100/dmt for the past four days has been strikingly outstanding under the present circumstances.

I really love the Chinese humour. It’s particularly refreshing at a challenging time like now, when Beijing is issuing economic rescue measures to prevent a repeat of the 6.8% on-year drop in GDP in first quarter (the first contraction in decades) in second quarter. Yet the market speculation and social media chatter about the reopening of such small-scale markets hosting stalls mostly run by individuals may not be just talk.

Indeed, right in the middle of the “Two Sessions” political meetings in Beijing during May 21-28, China’s central government listed measures being planned to tide small and micro-sized enterprises and self-employed people through the economic storms – proposals which indicated government policy planners are fully aware of the crucial role such businesses play in China’s economy. Significantly, that Beijing is not specifying a GDP target for 2020 is a tacit admission that with unpredictable uncertainties in the economy, even providing a range for GDP growth is seen as impossible.

Among the measures to be taken are simplifying the procedure for registering new enterprises, subsidizing office or business venue rentals, reducing power charges and internet service charge by 5% and 15% respectively, reducing taxation and fees on such businesses by Yuan 500 billion ($70.2 billion), postponing company income tax payments for 2020 until 2021, and requesting that commercial banks issue more loans to such businesses, according to a post on www.gov.com.cn on May 22.

After all, privately-owned enterprises, many being medium or small-sized, and some being micro-sized enterprises as one-man shops, have been the most vigorous commercial entities in China’s economy, and over January-April, such companies contributed to 51.7% of China’s total exports value.

Such firms are also the crucial force in China’s economy to keep unemployment rates low, which is extremely important when Beijing is trying its very best to rescue the national economy and to shift its economic growth model from being industry-oriented to consumption-reliant. China welcomes 7-8 million new college graduates every year around the summer looking for jobs, after all.

Soon in Beijing, you may smell barbecue in the air, and hear stall owners shouting, “great bargains, do not miss, come to have a look!” On the streets of Beijing again I may really be able to buy the hot and chewy sweet potatoes from a small converted coal-burning oven, just like when I was a child. The oven is converted from a petrol drum, by the way, a fine example of ferrous recycling … 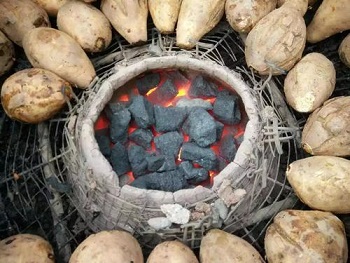