In so doing, HBIS has moved its iron ore trading business from offline to online, Chinese sources commented on Wednesday, which is expected to help provide more fixed-priced deals and to enhance price transparency in this steelmaking raw material market.

COREX explained in its release on June 22 that the Iron Ore Supermarket is particularly designed and opened for HBIS, which allows all companies that have been pre-approved by HBIS for trading account registration to participate. Other than providing iron ore for trading, HBIS will be acting as the guarantor for all the deals.

On Monday, its first day of business, the HBIS sub-platform recorded seven deals totaling 481,500 tonnes, out of 47 bids and offers for about 2.58 million tonnes, according to the COREX release.

“This (Supermarket) marks another march toward the formation of a fair, rational, and transparent iron ore pricing scheme that will aid the market with a healthy development and (is) a final win-win in the industrial value chain,” COREX commented.

An iron ore trader from Xiamen in Southeast China’s Fujian province confirmed that he had shopped in the HBIS ore market over the past two days.

“We booked a deal for seaborne iron ore and sold port inventories in a deal on the sub-platform,” he said. “Most of the functions are similar to those on COREX, and miners, iron ore traders, and steel mills including HBIS can buy and sell freely on it.”

HBIS is one of the 13 shareholders from the steel and iron ore industries inside and out of China to invest in the formal incorporation of COREX in 2014 to conduct spot iron ore trading, predominantly in US dollars but also in Chinese Yuan afterwards, Mysteel Global understands.

A Beijing-based iron ore market watcher was little surprised that it was HBIS – rather than other Chinese steel mills – which pioneered opening the ore trading board on the COREX trading platform.

“HBIS has requested its international trading arm to run independently both for steel and iron ore procurement and trading for a long time,” he explained.

“Its trading arm has been very much self-reliant and has been prospering, and the years of running independently from the group company has made it a rather fast learner in iron ore derivatives, and financial and hedging tools,” he said, adding, “It’s very familiar with all sorts of indices and how to make the best of these tools.”

Fixed-priced deals in the iron ore market will help to moderate price volatility, to minimize the influence of iron ore derivatives prices on the physical market prices, and to improve the indices to more accurately reflect the actual situation in the physical market, he added.

At HBIS, about 50% of its annual iron ore consumption is fulfilled via spot trading instead of long-term supply deals, so the company is very skilled at iron ore trading, and is competent in utilizing different business models and risk management tools, he observed.

During 2019, HBIS ranked the fourth largest steel mill in the world and the second largest in China after China Baowu Steel Group with 46.6 million tonnes of crude steel output, according to the ranking released by the World Steel Association in early June. 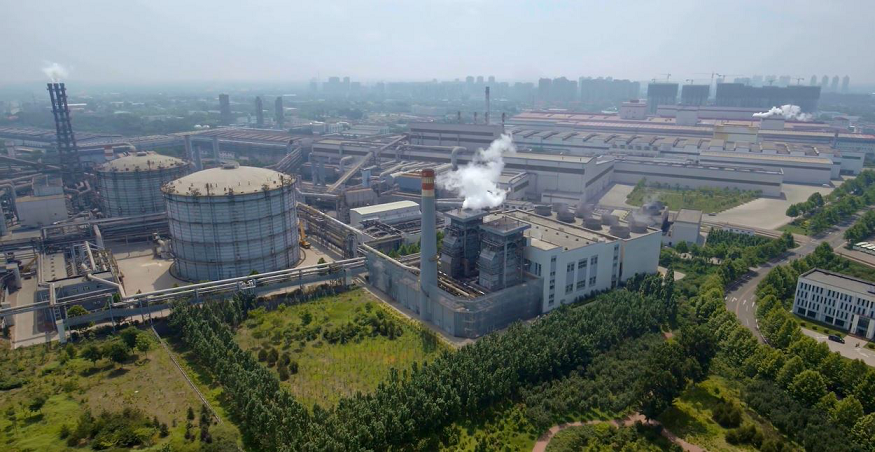 China takes up about 70% of the world's seaborne iron ore market share, with the trading volume of ore priced in Yuan having exceeded that of ore denominated in dollars, HBIS stated in its release about its sub-platform on June 24. However, the drawback of the existing pricing scheme has caused “serious decentralization” in iron ore pricing and “severe pain” for the Chinese steel industry, it added.

An industrial source close to HBIS international trading subsidiary confirmed that the company is no stranger to the pros and cons of different pricing indices, and the steel giant’s trading arm is also among the most active parties in iron and steel futures trading including that of iron ore derivatives products both on the Dalian Commodity Exchange and the Singapore Exchange.

“Unlike many other peers in China’s steel industry, HBIS has been actively participating in the financial market and utilizing the hedging tools, and it has been rather open-minded to new happenings in the ferrous market,” he said.

HBIS is indeed among the first Chinese steel mills to explore business opportunities other than resources in overseas markets, as it acquired a majority shareholding in the Swiss Duferco International Trading in November 2014 and then the 2.2 million tonnes/year steel mill in Serbia in 2016. The mill was also set to acquire the ASEAN assets of India’s Tata Steel last year but at the last minute was unable to obtain the approval from the Hebei provincial government, as Mysteel Global reported.

As for COREX, the benefit of HBIS’ iron ore sub-platform is immediately increased traffic. Since its commencement of business as a subsidiary of the China Beijing International Mining Exchange in May 2012 (continuing later as an independent presence since 2014), its annual trading volume has been hovering around 35 million tonnes, and iron ore trading conduits such as that HBIS has just launched will most definitely bring in higher trading volume, market sources agreed.

Liquidity plays a crucial role for COREX to fulfil its function of “price discovery”. Moreover, CISA’s recent reiteration of the need for more fixed-priced iron ore deals (and more denominated in dollars) as well as the association’s long-advocating need for a basket of iron ore pricing indices (in both U.S. dollar and Chinese Yuan) has made it more pressing for COREX, as the country’s only official third-party iron ore e-trading platform, to try its utmost to best serve the needs of the Chinese steel industry.

“Both fixed and index-based iron ore pricing has its pros and cons, and different companies may develop their own pricing mechanism to meet their requirements,” a second Beijing-based market source commented. “But all the existing pricing indices do tend to tilt too much towards reference to swaps on some days, and that needs to be corrected,” he said.

For this year, the tilting in the iron ore price seems to be even more pronounced, Mysteel Global notes, as despite that China’s domestic steel prices have been much lower than a year ago, Mysteel's SEADEX 62% Fe Australian Fines index, for example, has been rather resilient, perching high in the range of $79.9-105.65/dmt CFR Qingdao over January 3-June 24, varying little from the range of $72.25-117.4/dmt a year ago.