Facebook Twitter LinkedIn Email Sina weibo QQ QQ Zone WeChat Copy this link
Beijing has been working quietly on carbon emission cuts for a few years but its open pledge in 2020 to peak the country’s carbon emission by 2030 and to achieve carbon neutrality by 2060 has undoubtedly imposed more pressure publicly on the steel industry, the country’s second largest carbon emission source only after the thermal coal power generation.

Over 2016-2020, China chopped off 150 million tonnes/year of steelmaking capacity, 140 million t/y of induction furnace steel capacity, and over 800 million t/y of coal capacity, which had eased the carbon emission, and China has introduced the “ultra-low emission” standards to the country’s steel industry in May 2018 too as part of the efforts to reduce the waste emission including carbon.

All are towards the direction of eco-friendly and low carbon economic model, but speaking it out loud has highlighted the significance and illustrated Beijing’s commitment, as well as welcoming the monitoring from in and out of China.

The “ultra-low emission” standards for the steel industry, finalized in April 2019, have dramatically lowered the cap on the emissions of particulate matters, sulfur dioxide, and nitrogen oxide, from the whole steelmaking process, which is not primarily targeting carbon, but it is prompting the Chinese steel producers to go for greener steelmaking.

By the end of 2020, 60% of the steel mills in country’s “environmentally-challenging” areas such as the Beijing-Tianjin-Hebei region in North China were supposed to have met the requirements, and by 2025, 80% of steelmakers across the country should have lower the emission to the acceptable levels too. 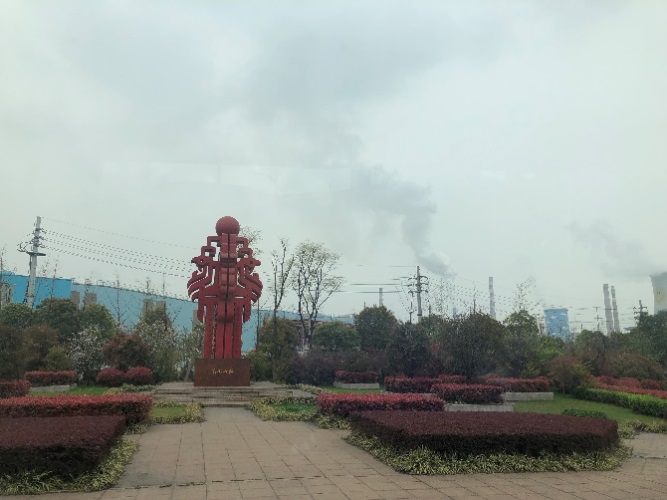 The total increase in the cost in terms of China’s 900 million tonnes to 1 billion tonnes of crude steel output, will probably match the annual gross domestic product (GDP) of a province in Northwest China, Li Xinchuang, president of China Metallurgical Industry Planning and Research Institute, once compared.

Tangshan city, China’s top steel producing hub in North China’s Hebei province and one of the cities closest to Beijing, stated 27 of its local steel mills had met the ultra-low emission standards by the end of 2020.

“No official sources have confirmed whether the 60% ratio has been fulfilled or not as of now,” an official from the China Iron and Steel Association (CISA) shared on January 21, but the mills with deadlines by 2020 “must have taken it seriously and adopted all the measures to materialize it,” he added.

It is crystal clear to the Chinese steel mills that carbon emission and ultra-low emission are the hardcore requirements in the steel industry’s future, and the investment, how high it is, is a must-do.

Globally speaking, steel industry emits 6.7% of the world’s carbon dioxide (CO2), while for China, an economy heavily relying investment and industries, the CO2 emission from the steel mills added up to 1.95 billion tonnes in 2018, or 34% of the country’s total, according to a post by China Metallurgical News (CMN), a Chinese publication.

As of today, it is commonly understood that China’s steelmaking accounts for around 15% of the country’s total CO2 emission, and 70% of the CO2 emission in the steel industry is concentrated in the processes of coking, sintering and molten ironmaking in the blast furnaces (BFs), while the BF steelmaking process is the norm in China’s steel industry, accounting for 90% of the country’s steel capacity.

“Ultra-low emission standards are already very stringent, so there is little room for mills to further reduce waste emissions, and the bottleneck suggest that China will have to encourage more eco-friendly steelmaking technologies such as EAFs,” he said.

The Chinese authorities are fully aware of the necessity, apparently, as the Ministry of Information and Technology spells out clearly in the guidelines for the domestic steel industrial development for 2021-2025 China that EAF steelmaking should be lifted to 15% or 20% at the best by 2025 from the around 10% at the best of the years so far in the Chines steel industry.

One of the core obstacles, though, for now, for the Chinese steel mills to erect more EAFS is cost, according to the researcher.

“Recently, the rapid gains in the prices of iron ore and coking coal have put the EAF steelmaking in the upper hand against the BFs, which has been rather rare in the past many years,” he admitted, though, “it may become a mainstream steelmaking process by 2025 if China can build up its reservoirs for steel scrap supplies,” he added.

Meanwhile, the EAF mills are still benefiting from the high prices of iron ore and coke though steel scrap is by no means cheap either.

Even with all the favorable factors, though, China’s EAFs may be “more likely accounting for around 30% of the country’s total steelmaking, around the same as Japan and South Korea, instead of as high as 70%, like in the U.S.,” the Shanghai researcher maintained.

“The EAF technology will produce liquid steel one furnace after another, making it hard to connect with the continuous casting and rolling lines for flat steel production, so a very high proportion of EAFs does not fit into China’s steel consumption model for now and in the future with the manufacturing being a key end-user,” he explained.

This, however, may open door to other steelmaking methods such as direct reduction iron (DRI) and hydrogen metallurgy to replace BFs, which are more eco-friendly with DRI, for example, emitting only about 200kg of CO2 per tonne of steelmaking, he added.

As part of the carbon emission climax and neutralization endeavors, China will develop its nationwide carbon emission trading system to facilitate the quota sales thus to monitor and curtail the CO2 emission more accurately and efficiently.

Starting January 1 2021, 2,225 Chinese power generation houses have been enrolled in the country’s carbon emission quota issuance system, and this has been the first time for China to allocate the burden and accountability of CO2 emission to each individual enterprise at the national level, according to a release from the country’s Ministry of Ecology and Environment (MEE) on January 17.

For now, the national carbon emission quota and trading system only applies to the power industry, but the steel industry “may be included in the overall system during the 14th Five-Year Planning period (2021-25) as the earliest together with other heavy polluting industries such as cement, chemical plants and aluminum smelters”, Li Gao, Director General of Department of Climate Change of MEE shared in a recent interview with China’s state media CCTV.

The carbon emission quota trading system may then provide one more impetus for the Chinese steelmakers to chase eco-friendliness and emission reduction in steelmaking, according to a pundit of the energy industry based in Shanghai, and the quota will be high-priced in a world that is getting more mindful of environmental protection, Mysteel Global noted.

“Marketization and pricing carbon emission quota may be the most efficient way to motivate the steel industry participants, as their interests and gains are very much at the centre,” she said.

Although a national and unified carbon emission quota trading market is still lacking, China has tested out quota trading in seven Chinese cities including Shanghai and Beijing since 2011, and until August 2020, nearly 3,000 enterprises from over 20 industries including steel, power and cement have signed up in the system, with the quota trading amounted to 400 million tonnes of carbon and the value exceeding Yuan 9 billion, according to MEE.