Facebook Twitter LinkedIn Email Sina weibo QQ QQ Zone WeChat Copy this link
China has been largely containing the COVID-19 spread, and the country could well be the only one now in the world that dare to hold mass gathering such as industrial events, and recently the China Iron & Steel Association (CISA) held a meeting of its member mills and associations with many senior managerial officials attending in Zhangjiagang, East China’s Jiangsu province, below is Victoria Zou from Mysteel Global to share her first-hand experience on how the Chinese hotels are handling such social events.
The Journey starts

On July 30, I stepped out of my company premises for the first time of this year to attend an off-line meeting – CISA’s council meeting on July 30-31 in Zhangjiagang. I felt really honoured, as in fact this has been CISA’s first try-out of an off-line meeting so far in 2020 with many steel mills’ and associations’ top officials present.

Shagang Group, China’s top electric-arc-furnace steel mill and the co-organizer of the event, painstakingly arranged shuttle bus services from a few locations including Shanghai Hongqiao Airport to the conference venue, the city where the Shagang’s headquarters are located, to minimize the delegates’ exposure to crowds via the public transportation.

Still, I needed to take a 40-min taxi to the Hongqiao Airport, and without saying with masks on all the time both for me and for the taxi driver.

“Dear passengers, please wear masks during the whole journey, and dear driver, please disinfect your car regularly,” the voice recording was played when I got in the taxi, and I could not tell whether the driver greeted me with a smile or not behind his mask.

On the day I travelled to Zhangjiagang, the temperature reading was 34 degrees Celsius, not pleasant at all to cover your nose and mouth with a mask, but the driver, the other two passengers and I on board the shuttle bus were just doing so during the whole drive.

“I am a bit excited and really delighted to see many cars and trucks on the road, solid proof that the local industrial and economic activities have really resumed, probably to the normality,” a passenger said. I was too polite to ask whether this was his first-time outing too so far this year.

In fact, Chinese steel mills have performed well over the first half year, with their steel production appeared to have been affected little by the COVID-19, especially in the second quarter when all industrial activities had been gradually resumed. Thus, the crude steel output even grew 1.4% on year to 499 million tonnes over January-June, according to data from the country’s National Bureau of Statistics.

Even hotel check-in appeared to be a novelty to me, as we all needed to present our unique healthy code on my phone to the receptionist including all my personal basics and a clear health bill. Besides, guests still need to show their temperature one by one.

The scene setting is complete with the bottled hand sanitizers sitting at the corners, on the tables and in the elevators, for people to squeeze and kill the virus on the hands.

On the second day, it was a bit dizzy to see so many people turn up at the conference hall, though relatively safe distancing had been observed in the seating arrangement.

I did not have to be worried about not remembering any faces just many pairs of eyes though, as with the conference going on, more people removed their masks, and all the speakers were presenting on the stage mask-free too, though people were still sitting afar from one another. 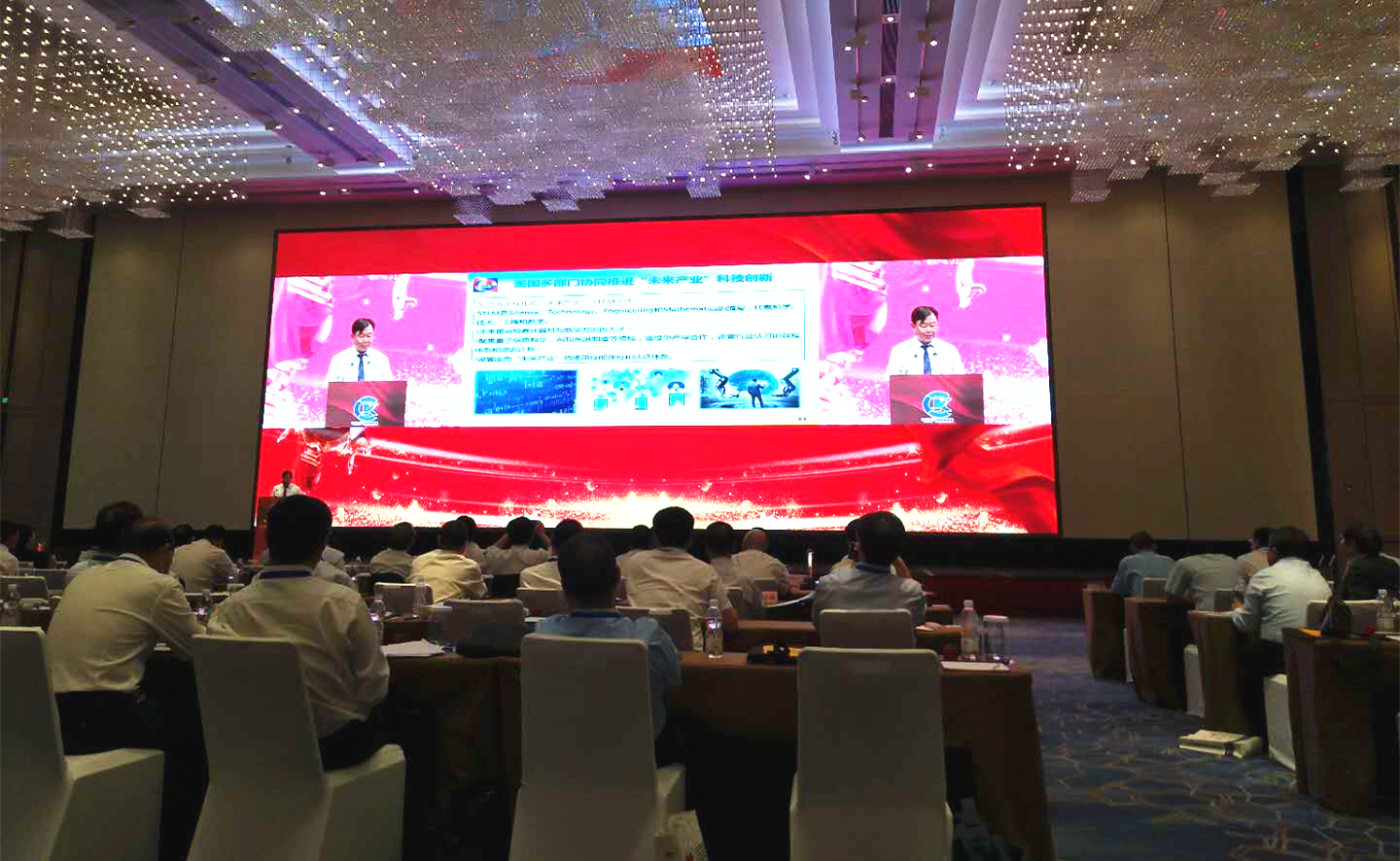 Presentation at the meeting

“I had not expected so many people to have ventured to come, though, I should not have, as this has been the first physical meeting CISA has held this year, and many attendees must have been rather excited even though this is just about work, as this could have been almost like an excursion to them after a long while,” a delegate commented, chuckling himself.

CISA estimated that over 300 people attended the meeting, rather a success, even though until the last minute, the association was still not sure whether the meeting could proceed as planned, a CISA official disclosed, as on July 22, just a few days before the meeting, a new wave of the COVID-19 outbreak was confirmed in Dalian, Northeast China’s Liaoning province.

It spread fast to the other cities, and soon afterwards on July 28, China had 105 new confirmed COVID-19 cases with 102 domestic and three imported in several Chinese cities including Beijing, he noted.

“We had been prepared to be told to cancel the meeting in the last few days,” he said, but the meeting was held on schedule, as China’s central government reacted fast, tracing all the close contact of the Dalian confirmed case, though CISA had to notify officials from the member mills in moderate- or high-risk areas such as Dalian not to turn up.

“They will not be welcome to the hotels anyway,” he said plainly.

On August 1, we were escorted onto the shuttle bus to pay a visit to Shagang’s steelworks in Zhangjiagang, and many of the passengers had self-willingly worn their masks the whole way in the enclosed space, no one felt out of the place with or without masks, accustomed to the new normal.

The tour to China’s largest privately-owned steel mill was quite eye-opening, though it was not the first steel mill I had visited. Everything was operating in an orderly but busy manner, with vessels docking at Shagang’s own terminals and trucks carrying steel scraps to iron and steelmaking plants.

Vessel at the berth, delivery trucks on the road 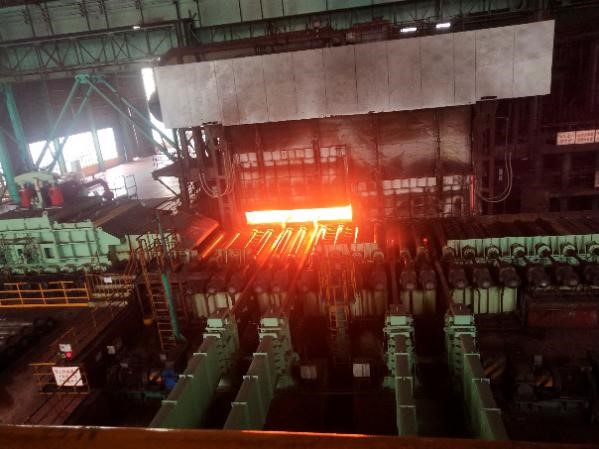 Slabs from the continuous die-caster into the heavy plate mill

The negative impact of the COVID-19 has not been felt much in the steel plant, just as we have heard along.

“We did not suspend our operations even in February, the worst-hit period, but we did strictly obey the government requirements such as checking very staff’s temperature three times a day, tracking all staffs’ life trace, cancel almost all meetings or business trips and so on,” a Shagang official shared, dismissing the feasibility for such a large-scale steel mill just to come to a complete stop.

They are still adhering to all the preventive measures implemented by the local authorities, not they are no longer as harsh as back in February, he confirmed.

The three-day adventure ended with no health threat presented, and it was quite pleasant all in all other than a bit of discomfort wearing the mask half of the time, and I had the inclination to wash my hands many times everyday.

Just two days back to the office, and I am already looking forward to my next mask-wearing trip!

With all the seriousness, though, it is really reassuring to see that all the public venues and company premises have been taking the virus threat seriously, reminding visitors of wearing masks and using hand sanitizers whenever needed, and probably this will be the new normal, and people are learning to live with the virus before any vaccinations are tested effective and can be mass produced and jabbed.