Facebook Twitter LinkedIn Email Sina weibo QQ QQ Zone WeChat Copy this link
No one would have expected the steelmaking raw materials prices including iron ore, coke and scrap to have attempted multi-year highs in December, a usual off season for steel consumption and production, but the year 2020 had been proven anything but normal, and many iron ore traders ended their 2020 in frustration, as iron ore prices shot up for seemingly no reason at all. 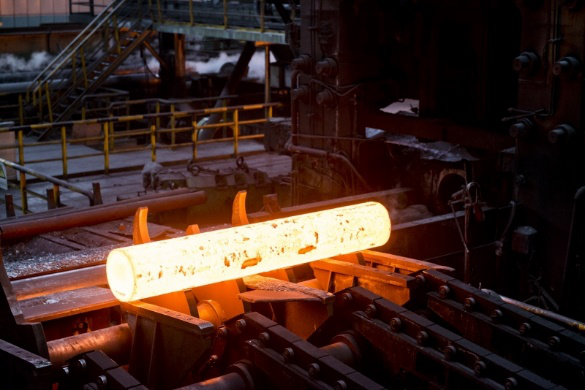 China’s steel producers have been overall operating nonstop throughout 2020 even in the pandemic-struck months, and they ramped up their output fast starting March on the resumption of the economic and industrial activities.

Starting late May, the blast furnace capacity utilization rate among China’s 247 steel mills under Mysteel’s weekly survey had persisted above 90% all the way until the end of last year on the spur of the steel demand firstly from the home and later from the overseas markets.

Throughout the year, the BF capacity use among the 247 mills shot up to 95.16% as of August 13, or a high in record since Mysteel enlarged the samples in January 2019, or up 7.03 percentage points on year, according to Mysteel’s assessment, and accordingly, China’s pig iron output for August alone hit the record high of around 78.55 million tonnes, according to the data from China’s National Bureau of Statistics.

COVID-19 had shaken the global steel industry especially in the first half of 2020, and China had not been exempted either with the impact tangible over the first quarter, but China’s severe and swift action in completely isolating a dozen of cities including Wuhan – the epicentre – had enabled the world’s No.2 economic body to resume its economic and industrial activities starting March, and Beijing’ efforts in rescuing the national economy led to dramatic recovery in steel consumption from all end-users since around May-June.

The demand for iron ore, thus, had stayed robust since May, lending unswerving support to the prices, and later around November-December, usually a low steel consumption season in China, the iron ore price caught the whole ferrous community by surprise, soaring all the way towards $180/dmt from just above $110/dmt.

The iron ore price refused to calm down for most December even though the China Iron and Steel Association and China’s Ministry of Industry and Information Technology sternly warned that the prices “had seriously deviated from the industrial fundamentals… and having shown clear signs of play-ups by the capitals”, and the series of measures by the Dalian Commodity Exchange to squeeze out speculative trading in the iron ore futures was to no avail either.

The year 2020 marked the last year of China’s “Blue Sky Safeguard” plan for highly-polluted regions in China the local authorities in the jurisdictions of Tianjin-Beijing-Hebei area, the Fenwei Plains, and the Yangtze River Delta had been busy scrapping all the small-sized and inefficient coking capacities as well as curtailing local coke production.

At the same time, East China’s Shandong, a core coking base in the country, declared in May to cap its local coke output at 32 million tonnes for 2020, or just two thirds of the output for 2019.

The new classification standards for China’s steel scrap, now under the new name of “recycling iron-steel materials” had been confirmed to take effect on January 1 2021 by the China Association of Metalscrap Utilization (CAMU) and other related governing bodies in mid-December.

The mystery, however, remained regarding the actual details, as until the last few days of last December, none had seen the full documentation of the standards, though it was speculated that China’s standards would be in line with the global ones, thus making it feasible for China to re-open the door to steel scrap imports.

The “recycling iron-steel materials”, thus, will by no means be the old mixture of all kinds of scrap with iron or steel components, but the supplies that are radiation free, eco-friendly, and up to the standard to be directly thrown into the furnaces for smelting.

China implemented stringent curbing measure on coal imports in 2020 as part of the illustration of Beijing’s determination in reducing coal consumption and carbon emission, and for most of last year, the Customs clearance for imported coal had been lengthened to about 40 days from the usual one week and imports quota had been strictly allocated only to the end-users starting mid-year.

China’s coal and lignite imports over January-November, thus, fell 10.7% on year to about 265 million tonnes, according to the official statistics, though the country had given in to the harsh reality in December that some regions of China had come across blackout due to the insufficiency and soaring prices of domestically-produced thermal coal.

Trimming and upgrading in China’s coal industry in 2020 had generated opportunities for some domestic coal miners to step up the efforts in mergers and acquisitions, partly on the strong backup of the country’s National Development and Reform Commission (NDRC) in order to build a few coal mining giants with an over 100 million tonnes/year capacity by the end of last year.

The initiative was publicized by NDRC back in late 2017, meant to intensify the supply-side reform, to correct the imbalance in the fundamentals, and to reduce risks in the domestic coal market.

Among the major achievements were the agreement between the two coal mining giants - Shanxi Coking Coal Group and Shanxi Coal Import and Export Group in North China’s Shanxi province in late May to merge into a new entity with an over 200 million t/y coal raw coal capacity.

In July, Yankuang Group was absorbed by Shandong Energy Group into a new conglomerate headquartered in Jinan, East China’s Shandong province. Having adopted the latter’s name with some 300 million t/y of raw coal capacity, the new entity, as a combination of two of the top five coal mining companies in China, has become the country’s No.2 coal mining group after China Energy Investment Corporation.

For a very long time, the Chinese steel scrap producers had been complaining loudly about high taxation, unfair competition among the rivals, and little pricing power against their steel mill customers.

The year 2020 seemed to be the start of a promising journey with the immediate taste of sweetness in that the robust demand from the Chinese steel producers and the swelling global steel scrap prices in the latter half of 2020 saw China’s steel scrap pricing index shoot up to its 7.5-year high of Yuan 2,837.4/tonne ($435/t) on delivery and including the 13% VAT as of December 25 2020, or up Yuan 252.3/t on year. 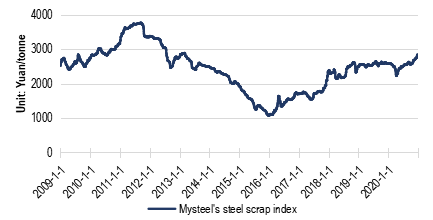 The ever-rising prices in the series of steelmaking raw materials with iron ore in particular in 2020 had seen Beijing’s renewed calls for Chinese steel mills to build a sustainable and strategic iron ore supply mechanism via a series of crucial efforts including overseas iron ore investments, as the country’s steelmaking, for the foreseeable future, will be relying on blast furnaces instead of electric arc furnaces.

Shortly afterwards in June, China’s Baowu Steel Group (Baowu) had been reported to be in discussion with Aluminum Corporation of China Limited (Chalco) on acquiring the latter’s stake in the No.3 and No.4 tenures of the Simandou iron ore project to co-develop the project with Rio Tinto.

The world’s major iron ore miners such as Vale and Rio Tinto had endeavored to better serve their Chinese customers and to solidify their footings in the world’s largest iron ore-consuming country, and among the efforts were their setting up iron ore blending hubs at the Chinese ports.

Rio Tinto, for example, expressed its commitment in late August to blend its iron ore at the Beilun port in East China's Zhejiang province to cater to the needs of its steel mill customers at the Yangtze River Delta and South China, and in late September 2020, it also signed a Memorandum of Understanding (MoU) with the Dalian Port Company to build its first iron ore bonded blending operations at the port in Northeast China’s Liaoning province.

All of these will indicate more Yuan-priced iron ore sales by these world-class iron ore miners on top of their tests via the blockchain encrypt technology since early 2020 partly due to the business disruption by the COVID-19, as many people out of China had been working from home since March-April. 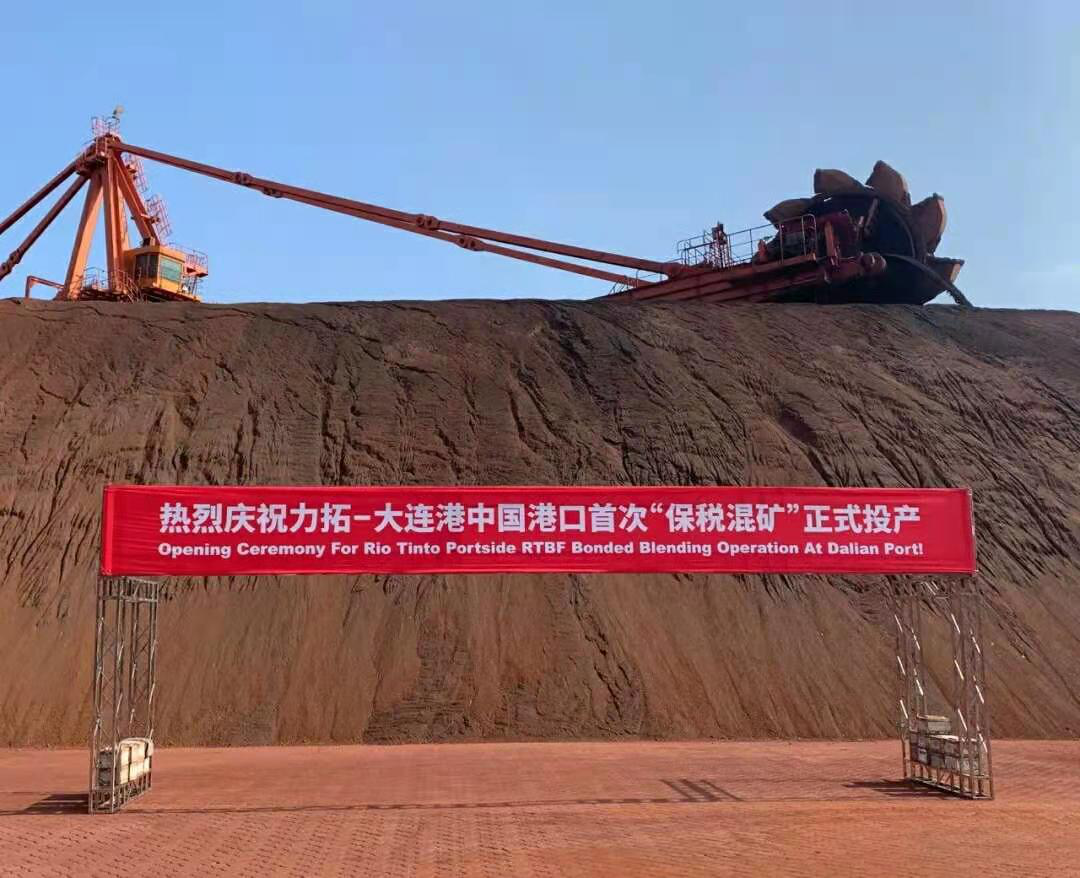 A disastrous mining accident usually leads to long halt and serious rectification before the resumption, which has exactly been the case for Samarco, a 50:50 iron ore joint venture between Vale and BHP, as it has finally resumed its iron ore pelletizing operations in Brazil in December 2020 after five years of suspension immediately after the fatal dam collapse in November 2015.

The resumption will be in stages too, with the first-stage to bring back 7-8 million tonnes/year production capacity, then 14-16 million t/y within five years, and ultimately 22-24 million t/y in nine years.