FEATURE: Tangshan’s Dec curbing on mills not “as harsh”

The local authority confirmed to differentiate treatments to local steel mills in recognition of their varied efforts in environmental protection, and those steel mills categorized into “A” or “B” indicating their above-average efforts in pollution control, have been exempted from any restrictions in December.

Those steel mills falling into the “C” category in Tangshan are ordered to stop some of their operating sintering, pelleting facilities, blast furnaces and lime kilns by over December 1-31, and what facilities to be affected will be referred to the details for each company that the Tangshan government listed in a document distributed in September.

It is rather complicated and rather individualized restrictions for each of the “C” steel mills, but “in general, restrictions on the steel mills are viewed as not as harsh as last winter,” a Tangshan-based steel analyst commented, also noting that until December 3, “no affected local steel producers have been seen to start carrying out the curbs yet.”

In the lengthy detailed document that Tangshan distributed among the polluting industries in September, the city government has painstakingly spelled out what facilities to be restricted by what degrees in accordance with the severity of the local air pollution, and as for steel mills, the curtailing also applies to their logistics.

Tangshan Ruifeng Iron & Steel Group Co, a privately-owned steel mill in the Fengnan district of Tangshan, for example, should be suspending two of its four blast furnaces throughout December as requested involving a 580 cu m and a 630 cu m furnaces, Mysteel Global understands from the document.

Mysteel has not released any latest surveys after the supposed restriction, while as of November 28, the operational rate of 138 blast furnaces in Tangshan still went up 11 percentage points on year to 66%, and the average utilization rate among the 138 blast furnaces was merely 1.5 percentage points lower on year to 73%, despite of restriction to some extent last month.

On the other hand, steel mills and re-rollers in Tangshan, because of its proximity to Beijing and its consistently being among the top three most polluted cities of the 168 cities under Beijing’s monitoring, have experienced almost all year-long curbing for various reasons for 2019 other than the comparatively eventless April and May, Mysteel Global noted.

Tangshan steel re-rollers have been among the targets

As for steel re-rollers in Tangshan, they have been targeted for rein-ins too in December though those that have met government environmental emission requirements are allowed to operate as per normal throughout December, while those that are short of requirements are allowed to produce for 16 consecutive days for the whole December, though the Tangshan government did not specify the dates.

Mysteel Global understands that only 13 of the 40 sampled section steel re-rollers in Tangshan are up to the government standards, though the command may be of little relevance anyway, as only a handful of such re-rollers are still in operation as many of them have long halted operations or even have abandoned the market long before because of continuing lossmaking or meagre profits, another Tangshan source noted.

“Situation for re-rollers producing certain section steel may fare better, but very few construction steel (such as rebar and wire rod) re-rollers are still running, as such common-grade construction steel can barely make any money if have not been into lossmaking yet as the operations have been seriously hassled by the frequent bans since the first quarter of this year,” he elaborated.

As of November 27, the capacity utilization rate of twelve sample rebar re-rollers in Tangshan under Mysteel's weekly survey was at 39.1%, as against 46% a year ago. 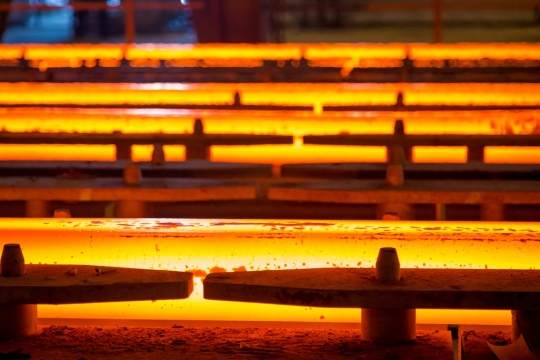