Facebook Twitter LinkedIn Email Sina weibo QQ QQ Zone WeChat Copy this link
The rather eventful 2019 for China’s iron ore market is approaching its end, and in retrospect, this year has been full of surprises both in demand and supply as well as in prices for the market participants. Mysteel Global has listed the ten major happenings in the market according to our own understanding.

Link to the part 2


For most of 2019, most of Chinese steel mills have adopted the tactic of keeping light iron ores stocks in-house so as to better manage raw materials costs because of the ever-rising iron ore prices especially in the first half of 2019.

Moreover, frequent curbing from local authorities in various names on steel mills’ sintering and blast furnaces throughout the year especially in the key steelmaking provinces such as Tangshan, North China’s Hebei province, has made more sense for the local steel mills to be light loaded with steelmaking raw materials especially the rather expensive iron ore to have more flexibility in iron ore feeds into blast furnaces.

In 2019, for example, Mysteel’s survey on 64 steel mills showed that their imported iron ore sintering fines stocks ranged between 14.51-19.95 million tonnes compared with the range between 15-22.1 million tonnes in 2018. 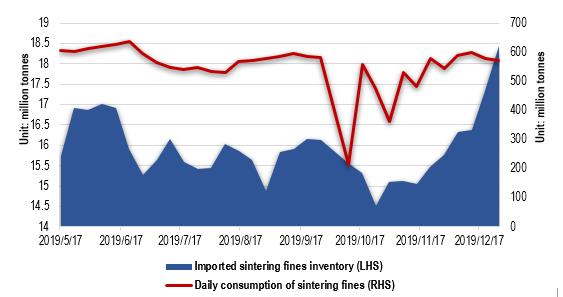 Lower-grade iron ore has been with growing popularity among Chinese steel mills since around February-March when the seaborne iron ore price and then the Yuan-price iron ore soared, as the steel producers, squeezed by the rising iron ore price and decreasing steel margins have resorted to the best combination of iron ore by mixing lower-grade imported iron ore with domestically-produced concentrates for the cost effectiveness and efficiency.

The peak of lower-grade iron ore popularity was reached in July and FMG, a core lower-grade iron ore supplier to China with the ferrous content ranging 56-61%, has benefited greatly from the change of procurement strategy among the Chinese steel mills, and it has been able to gradually reduced its discounts on its products month by month.

The country’s run-of-mine iron ore output grew at a similar pace of 6.3% on year to about 786 million tonnes over January-November, and the large- and medium-sized miners posted an eye-widening 365% year-on-year growth to Yuan 12.8 billion over the first ten months, according to the statistics from the Metallurgical Mines’ Association of China. 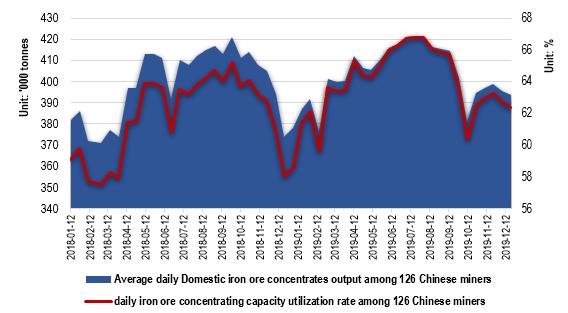 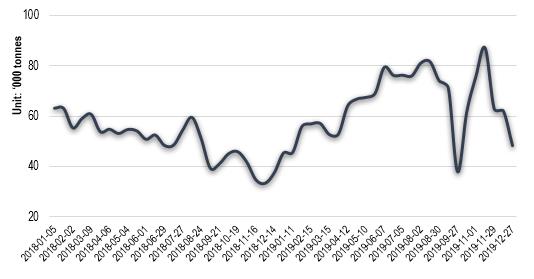