In early November, the three governing bodies directly under China’s central government including the National Development and Reform Commission, the Ministry of Industry and Information Technology, and the National Bureau of Statistics released a joint notice to all the related local authorities, instructing them to launch a thorough investigation on the actual steel production and capacity of each individual steel mills via checking such records over 2016-2019 as well as their fixed asset investment in their steel sector.


The comprehensive and painstaking inspection program started the initial data collection and reviews via local authorities, and it is meant to paint a clear and detailed picture of China’s steel industry with each steel mill as a study subject, as some Chinese steelmakers were reportedly operating their steelmaking capacity to the full or even at 150% of the designed capability.

All local authorities were required to submit survey results by November 29, though an MIIT official admitted in mid-December when talking to Mysteel Global on the sidelines of the Mysteel Bulk Commodities Week 2020 forum in mid December that the deadline was just a rough guidance.

The key of the investigation lies in having a grasp of the real situation in China’s steel industry so as to safeguard the country’s achievement in battling against overcapacity in the steel sector over the 13th Five-Year Planning Period over 2016-2020 as well as to arm Beijing with sufficient understanding of the industrial sector to pan out its development strategy for the next five-year planning period. 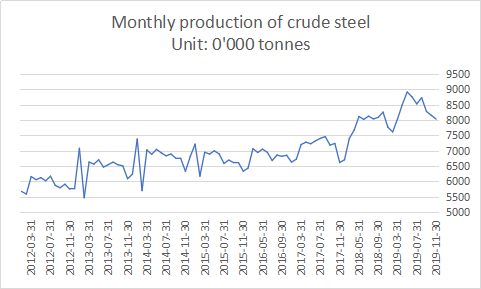 In April, to intensify China’s battling against air pollution, China’s Ministry of Ecology and Environment (MEE) released finalized and detailed ultra-low emission requirements for the steel industry, setting the deadlines of fulfillment for the key steelmaking bases in China too.

The ultra-low emission standards further lower the bar for the emissions of particulate matters, sulfur dioxide and nitrogen oxide from sintering and pelletizing, setting them at 10mg/cubic meter, 35mg/cu m and 50mg/cu m respectively, and by 2020, at least 60% of the steelmakers the environmentally-challenging regions such as North China’s Beijing-Tianjin-Hebei region and neighboring areas, the Yangtze River Delta and the Fenwei Plains
need to meet these standards, and by 2025, all steel mills in these sensitive regions and 80% of the steel mills across China should achieve these targets.

Chinese steel mills are requested to emit within the range for 95% of their operating hours per month too when the new emission standards take effect.

To encourage Chinese steel mills to fulfill the ultra-low emission targets, the ministry mentioned a series of incentives in the April release, including environmental protection taxation rebate by various degrees according to their waste emissions, as for local authorities, they offer lower power charges and less severe curbing over seriously polluting days, similar to Tangshan’s four categorization of its local mills and varied curbing measures (please check the part 1 for more details). 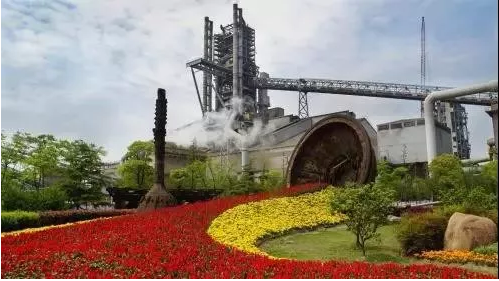 China’s largest steelmaker China Baowu Steel Group (Baowu) has been marching steadily ahead towards its 100 million tonnes/year dream by 2021 after the merger of Baosteel Group and Wuhan Iron & Steel Group in December 2016, and in May 2019 it was granted a controlling 51% stake in Magang (Group) Holding (Magang) free of charge, which enabled it to add another 20 million t/y into its existing 70 million t/y steel capacity back then.

Later in November and December, Baowu and Beijing-headquartered Shougang Group (Shougang) completed swapping stocks in each other’s listed company, which in essence, added Shougang into the conglomerate of Baowu, with Baowu holding a 15% stake in the Beijing Shougang Co in exchange for 2.2% stake in its Baoshan Iron & Steel Co.

The mergers are not only leading to steel capacity expansion, it also enables Baowu to improve its steel capacity location inside China and to sharpen its competitive edges with a more comprehensive finished steel structure and domestic and oversea-invested iron ore mining assets.

As of today, Baowu is operating a combined 90 million t/y steel capacity from steelworks in in East China’s Jiangsu and Anhui, Central China’s Hubei, Northwest China’s Xinjiang, South China’s Guangdong and in Southeast China’s Fujian, as well as mining investments in in and out of China.

Baowu’s continuing efforts in taking over other steel producers, mostly being state-owned so far, is more than simply its own expansion, as in the bigger context, it is also a pioneer in China’s steel industry to aid Beijing with the concentration target for the top ten domestic steel producers to contribute to 60% of the country’s crude steel output by 2020, which is still a far-fetched target, as the concentration level was only calculated at about 36.1% over January-October, slightly higher than the 34.4% for 2018.